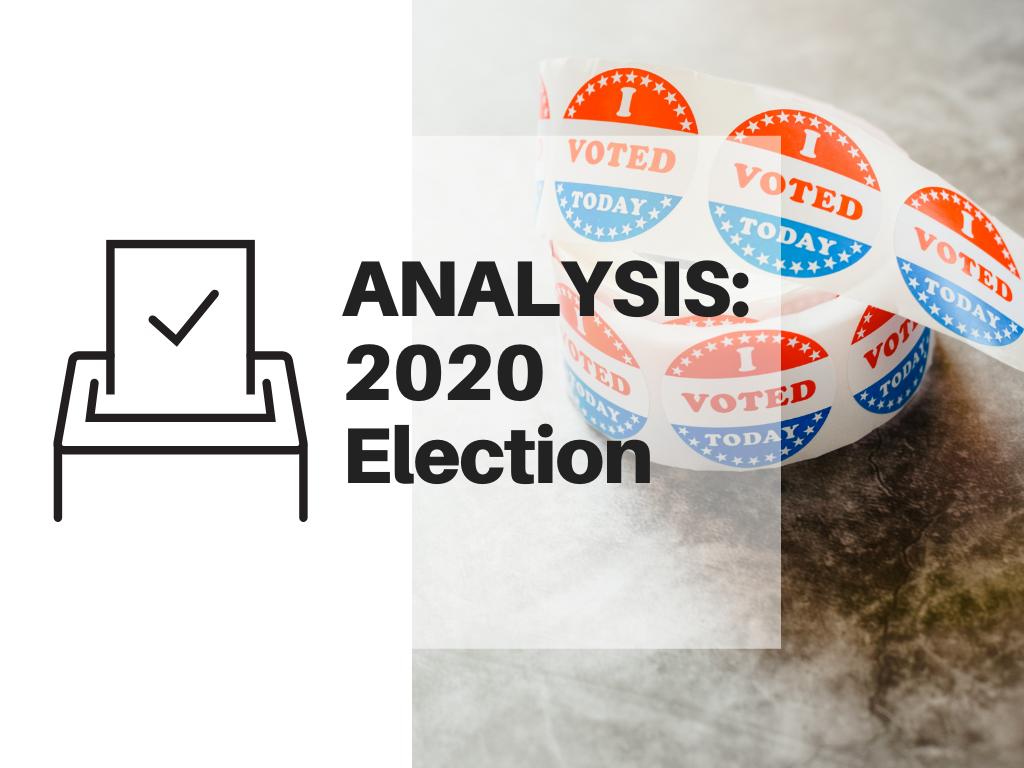 The 2020 election was absolutely critical for gaining ground on a couple key environmental priorities: combating climate change, reducing pollution and protecting vulnerable habitats. It was certainly one of the most important elections in our lifetime and a true test of our commitment to our enduring call to form a more perfect union.

Here you will find practical analysis of the election results and power dynamics impacting our environmental work at the state-level.

The election of Joe Biden as 46th President of the United States is a welcome relief from the consistent rollbacks of environmental regulations at the federal level– over 100 in the last 4 years. The new administration will undoubtedly be advancing executive actions to act on climate, protect our drinking water, conserve our natural resources, invest in sustainable infrastructure and provide relief for those who need it most. Even with a new President, the need for states like Illinois to lead on climate and environmental policy has never been more urgent or clear.

Shifts in Our State Legislature

In 2018, we celebrated the election of the most pro-environment General Assembly ever elected in the state of Illinois. When the 102nd General Assembly is sworn in, there will be 15 new representatives and seven new senators. In the Senate, the democrats added one member and in the House, democrats lost one member. The breakdown by party will be 41-18 and 73-45.  Overall, we did lose some valuable environmental champions in the Illinois House, but new champions replaced some anti-environment lawmakers as well.

Earlier this year the Senate Democractic majority elected Don Harmon as their Senate President.  Recently, the Senate Republican minority leader, Bill Brady, stepped down and was replaced by Senator Dan McConchie. In the House, Representative Jim Durkin was recently reelected as Minority Leader.

The House Democrats will elect a Speaker in the new year, and more than ever before, there is uncertainty as to whether Speaker Madigan will retain his leadership position. Out of 74 democrats, several have now publicly come forward and stated they will not be voting for Speaker Madigan’s reelection. The Speaker will need 60 votes to secure his leadership, and the implications of a potential change in House leadership would be dramatic and extensive.

Over the next few months, IEC will be educating these new legislators on our community’s priorities and identifying new champions for the Green Caucus.

The legislature may return in early January for a ‘lame-duck’ session before the new General Assembly is sworn in on January 13th. We remain hopeful that the Clean Energy Jobs Act will be taken up during that period.

With the continued rise of COVID-19 cases, it is unclear what the spring legislative may look like, but most likely it will be a truncated version of sessions past. IEC is focused on limiting our priorities so that we can maximize our wins for the environment and also will focus on protecting environmental programs on the budget.