From the Iowa Pleistocene snail in the northwest, to bird-voiced treefrogs in 1,000-year-old cypress swamps in the south, Illinois is home to some 58 mammal species, 383 different resident and migrant birds, 104 types of reptiles and amphibians, 174 species of fish, and some 27,000 types of insects, mussels, and other invertebrates.

This vast array of animal species that inhabit Illinois depend, directly or indirectly, on one another—for example, removing any one species may result in disproportionately high numbers of another, as certain species prey on others.

Farms cover about 75% of the Illinois' total land area.

Unfortunately, a 2004 study showed that 27% of Illinois flora was non-native. The dominating presence of non-native plants lessens the space available for native plants, thereby diminishing Illinois’s unique, indigenous plant communities. Insects requiring those native plants, and the species that rely on those insects, are also imperiled by the loss of native plant species.

Native habitats are key to our wildlife’s future—unfortunately, habitats in Illinois have changed enormously and many wildlife populations have declined at alarming rates as a result. For example, the size of woodlands in Illinois act as a limiting factor on some native species’ populations, making the protection of larger size woodlands necessary. Moreover, there are cross-benefits to protecting wildlife habitat—flood control, recreation, soil erosion control, and open space.

Moreover, the Illinois economy realizes nearly $1.1 billion every year from expenditures related to watching wildlife and hunters spend nearly $150 million a year pursuing game. More than $550 million is spent each year on recreational fishing, and the annual retail value of commercial fishing is $4 million. This wildlife-oriented recreation plays an important economic role in many depressed and declining small communities.

Habitats of Special Significance in Illinois

The Great Lakes ecosystem supports a wealth of biological diversity, including many species and communities of global significance. Of the animal/plant species and natural community types identified within the Great Lakes basin, 131 of them are deemed critically imperiled, imperiled, or rare on a global scale. The basin is also home to more than 1/10 of the U.S. population and more than 1/4 of the population of Canada. Nearly 25% of the total Canadian agricultural production and 7% of the U.S. agricultural production occur in the basin. Some of the world’s largest concentrations of industrial capacity are located around the Great Lakes. Some of these human activities adversely impact the basin ecosystem and continue to pose threats to the biological diversity in the basin.
Locks and dams disrupt river habitats by preventing species of fish and mussels from moving along the river, and keeping submersed vegetation from growing—all of which decreases biodiversity. Locks and dams also stop the normal cycle of flooding, a cycle many animals use to access floodplains for nesting and rearing of offspring.
Furthermore, invasive species can disrupt aquatic habitats. For example, silver carp, which were first introduced in the 1970s to help remove algae from catfish farms, have since escaped the farms and migrated up the Mississippi River system. Also known as the flying carp, these fish can grow to 50 or more pounds. The connection between Lake Michigan and the Illinois River acts as a conduit for invasive species—as a result, these fish now threaten to enter the Great Lakes. The carp displace native species of fish by filter feeding and removing the bottom of the food chain for indigenous species. 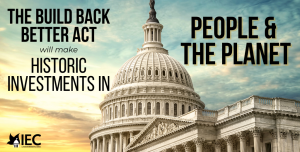 Springfield, IL — The Illinois Environmental Council issued the following statement in response to the passage of historic climate legislation in the U.S. House of... 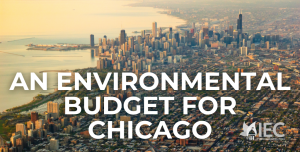 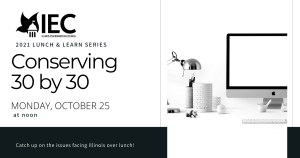 https://youtu.be/AvK-0N3M1O8 This Lunch & Learn explores the global 30×30 initiative, and how Illinois can plug in and preserve more of our precious natural spaces.

Call on Governor to Next Tackle Polluting Emissions from Large Trucks CHICAGO– The Illinois Environmental Council (IEC) and other environmental organizations noted below issued the...