Protecting clean water in Illinois is essential to community, economic and ecosystem health.

In the wake of the Flint lead crisis, many states, local communities and parents came to a disturbing realization: federal law does not require schools to test for and address neurotoxic lead in their drinking water. Illinois ranks higher than the national average for childhood lead exposure, which can lead to lifelong intellectual, emotional and behavioral consequences, lower IQ, slowed growth, hearing problems and anemia.

Though the situation in Flint was particularly harrowing, it was not the only city that was found to have alarming amounts of lead in the water. Here in Illinois, the citizens of Galesburg continue to deal with the fact that their water exceeded the federal action level of 15 parts per billion 22 times in the last 25 years. Knox County, which is home to Galesburg, also has some of the highest rates of childhood lead poisoning in Illinois.
At one point, the situation was bad enough that the EPA regional water division director urged the state to get a commitment from Galesburg, a city of 30,000, to provide bottled water or filters to residents whose homes exceed the federal action level for lead.
But issues of lead in drinking water were not confined to Galesburg. In the spring of 2016 Chicago Public Schools began voluntarily testing school drinking water for lead and many of the results were alarming: of 526 schools have been tested, 192 schools have found at least one fixture above the federal action level, 334 additional schools have found lower levels of lead.

In response to the crises described above, the Illinois General Assembly approved SB550, or the Preventing Lead in Drinking Water Act. Because there is no safe level of lead in drinking water, Attorney General Lisa Madigan’s office and a coalition of environmental groups, including the umbrella Illinois Environmental Council, NRDC, the Prairie Rivers Network, and the Little Village Environmental Justice Organization, worked to pass legislation that requires basic steps to protect children from lead poisoning.
The Act requires school buildings built before January 1, 1987 – both public and private – to complete water testing by the end of 2017. Schools built between January 2, 1987 and January 1, 2000 must complete testing by the end of 2018. The Act requires parents and guardians of students be notified of lead results greater than or equal to five parts per billion (ppb).
Daycares built on or before January 1, 2000 that serve children younger than 6 years old will also be required to conduct testing once rules are developed by the Illinois Department of Children and Family Services and Illinois Department of Public Health.

Guidance on mitigation of lead in school drinking water

Lead service line inventory and notification of work on mains or meters
In addition, owners and operators must take additional steps beyond those required by federal regulations to compile an (annually updated) inventory of lead service lines within or connected to their distribution systems, including privately owned lead service lines. Owners and operators must also provide at least 14-days prior notice to residents of planned work on water mains or lead service lines that may impact the levels of lead in their drinking water, as well as notification of repair or replacement of water meters when such work is initiated. The notifications must include warnings about the potential impact of the work, information about best practices for preventing consumption of any lead in drinking water, and information regarding the dangers of lead in young children.

Funding sources for compliance with school testing and other requirements
The new law amends a number of existing state laws to enable schools, water suppliers and municipalities to access various funds or impose fees for purposes of complying with the new testing requirements and other aspects of the new law, or to get recovery for compliance-related costs in their rates. 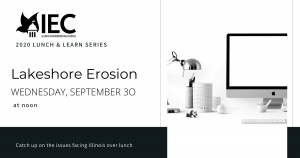 Applications for the “Fall Covers for Spring Savings Program” will be available on the IDOA website in December 2020. 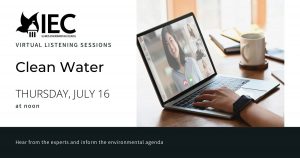 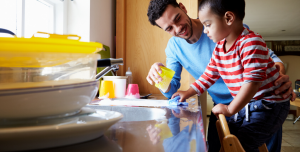 We haven’t done right by the communities most impacted—Black, brown and low income communities—until we’ve guaranteed this vital resource regardless of zipcode, race or ability... 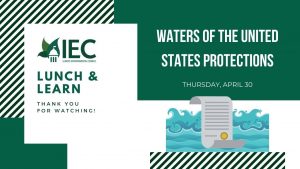 https://youtu.be/IEXySaRZUCw In the 30th installment of our Lunch and Learn Series, IEC is joined by Molly Kordas of Openlands to discuss the Water of the...