One of Illinois’ top water quality problems is nutrient pollution. Nutrients, such as nitrogen and phosphorous, are present in discharges from sewage treatment plants, are found in fertilizers, and come from industry sources, notably Concentrated Animal Feeding Operations (CAFOs). When water containing nitrogen and phosphorus flows underground or into nearby rivers, lakes, and streams, the impacts are slow to manifest but often devastating.

The effects of algae overgrowth are felt throughout Illinois. Results from 13 Illinois water bodies sampled in 2012 indicate that cyanobacteria and associated cyanotoxins are a concern for Illinois residents — 10 of the 13 water bodies indicated a high probability of acute health effects during recreational exposure from cyanobacteria, and one had a very high probability. 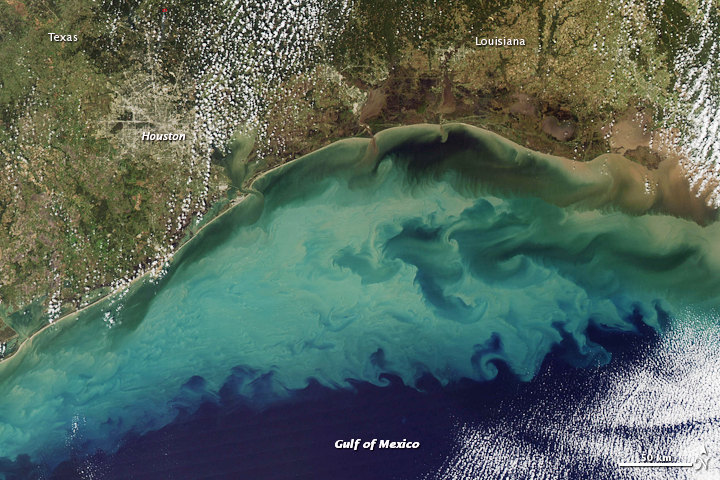 Read more
Phosphorus is a major cause of impairment in Illinois streams as are low dissolved oxygen levels which are often caused by algae overgrowth fed by excess nutrients. Phosphorus and aquatic algae are also among the major causes of impairment in Illinois lakes.
Nutrient pollution is not only harming Illinoisans. The northern Gulf of Mexico hosts one of the most productive marine ecosystems in the world but unprecedented levels of nitrogen and phosphorus have overloaded the system, resulting in the largest “dead zone” of hypoxic (low oxygen) water in the world. More troubling is that Illinois is a significant contributor of the nitrogen and phosphorus pollution causing the Gulf of Mexico dead zone.

Nutrient pollution should be taken seriously by the state and measures should be enacted that drastically reduce the amount of nutrient pollution, restoring health to state waterways. Illinois should achieve its nutrient loss reduction strategy goal to reduce its annual loading to the Mississippi River of nitrate‐nitrogen and total phosphorus each by 45% by 2040.
CLEAN WATER ACT

The primary federal law governing water pollution, with the objective of restoring and maintaining the chemical, physical, and biological integrity of the nation’s waters by preventing pollution, providing for the improvement of wastewater treatment, and maintaining the integrity of wetlands. Under the CWA, states have the “primary responsibilities and rights” to achieve the Act’s objectives, overseen by the U.S. EPA. Absent adequate state administration, the EPA establishes criteria for water quality, determines discharge levels, issues and enforces permits, and will take over if it determines that the state is underperforming.

Issued in 1998, the Plan directed EPA to develop acceptable levels of nitrogen and phosphorus for all water body types and ecoregions in the country. Individual states were originally required to adopt water quality standards for these nutrients, but Illinois has not even developed a work plan for nutrient criteria for streams where nitrogen and phosphorous start their journeys.

The Clean Water Funding Fairness Act
Passed in 2012, this Act requires CAFOs to pay annual fees for National Pollutant Discharge Elimination System (NPDES) permits. Prior to this law, CAFOs were the only regulated entities under the NPDES program that were not required to pay permit fees to help cover the cost to administer the permitting program. Because CAFOs were not being required to pay fees, other industries were effectively shouldering CAFO program costs and, as a result, CAFO regulation suffered.
While the Fairness Act was a significant step in the right direction in improving environmental regulation of CAFOs, in Illinois a permit is only required of a CAFO if the CAFO discharges or intends to discharge its waste into a waterway, putting the responsibility for determining the necessity for a permit on the operator. Many surrounding states in the midwestern region require all CAFOs to obtain discharge permits regardless of their discharge status to prevent discharges from occurring in the first place. The U.S. EPA oversees how states administer their NPDES programs. In 2010, the U.S. EPA concluded that the IEPA was not effectively regulating CAFOs under the Clean Water Act.
Livestock & Feeding Operations

A livestock management facility permit from the Department of Agriculture is, in essence, a construction permit. After a facility is built, the IEPA becomes the regulatory agency responsible for ensuring it is operated responsibly. Because the IEPA does not require NPDES permits for most CAFOs or other operating permits for CAFOs, the management and disposal of animal waste from CAFOs is largely unregulated in Illinois even though livestock animals produce exponentially more waste than humans. The U.S. EPA blames CAFOs for 20% of all pollution in rivers, lakes, and streams.

After a two-year investigation in response to a citizen petition filed by the Illinois Citizens for Clean Air & Water (ICCAW), the U.S. EPA determined that Illinois was failing to protect waterways from CAFO pollutants. As a result, the Illinois Pollution Control Board (IPCB) promulgated new rules for CAFOs in Illinois, effective in 2014. However, NPDES permits are still not required for any CAFO that doesn’t claim to discharge or isn’t designed to discharge pollutants. For example, a facility that uses lagoons that aren’t designed to flow into waterways may be exempt from NPDES permitting.

While the new IPCB CAFO rules for waste handling and management are much more stringent than the rules that were in place previously, the new regulations only apply to permitted CAFOs. Therefore, since a vast majority of CAFOs in Illinois claim to be “zero discharge” facilities that do not have permits, the improved regulations only apply to a very small percentage of CAFO operations.

In Illinois, livestock waste may not be applied within 100 feet of down-gradient open subsurface drainage intakes, agricultural drainage wells, sinkholes, waterways or other conduits to surface waters, without an existing 35 foot vegetative buffer between the application area and waterways or conduits to surface water. A vegetative buffer is a strip of land covered with perennial vegetation, meant to intercept nutrients and other water pollutants before they reach water.

Regulation of Phosphorus in Detergents Act

Passed in 2010, prohibits the use of phosphorus in dish detergents.

Lawn Care Products Application and Notice Act
Passed in 2010, prohibits landscapers from applying fertilizer containing phosphorus to a lawn, except where the soil is lacking in phosphorous when compared against a standard established by the University of Illinois.
Restricts the ability of a landscaper to apply fertilizer on impervious surfaces, near bodies of water (3 to 15 feet), or when a lawn is frozen or saturated. Exempts agriculture, commercial or sod farms, gardening, or golf courses.
Illinois Nutrient Loss Reduction Strategy

The 2015 strategy was developed in response to the U.S. EPA 2008 Gulf Hypoxia Action Plan, which calls for each of the 12 states in the Mississippi River Basin to produce a plan to reduce the amount of phosphorus and nitrogen carried in rivers throughout the states and to the Gulf of Mexico. It calls for Illinois to voluntarily reduce its output of nitrogen and phosphorus each by 45%.

NREC was established in 2012 to support science-based research and outreach programs designed to measure the impact of environmental and management factors affecting nutrient reactions in the soil and utilization of nutrients by plants. The results from these programs provide farmers with information to design production systems for their conditions that minimize environmental impact, optimize harvest yield, and maximize nutrient utilization. 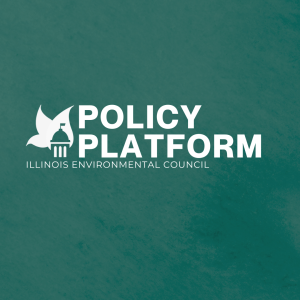 We convened town halls open to the public, all of our 100+ affiliate organizations, our individual members and our staff to deliberate and develop the... 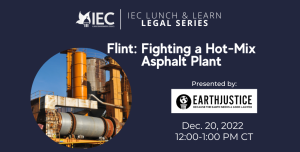 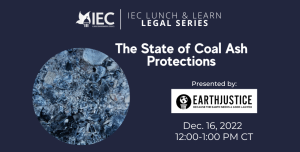 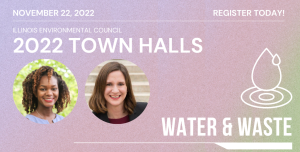 Tuesday, November 22 | 6-7:30 pm | Register via Zoom using the form below IEC is hosting a series of three town halls for our... 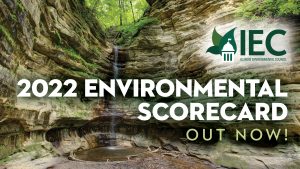 IEC is back with our 2022 Environmental Scorecard for the Illinois General Assembly. Scores are based on the environmental impact of their voting record over...