Protecting clean water in Illinois is essential to community, economic and ecosystem health.

Threats To Our Infrastructure

Existing clean water laws should be fully implemented, enforced and adequate public access to decision making processes should be provided. Several changes to Illinois laws, policy and regulations regarding water resources are required to increase the ability of affected citizens to enforce the law, to ensure that regulatory agencies have robust and aggressive inspection and enforcement programs and policies with meaningful consequences for illegal polluters, and to increase public access and availability of pollution and permitting data.
Illinois should engage in long term planning to protect water supply and quality that emphasizes water conservation.
Illinois River Coordinating Council

The Council is Chaired by the Lt. Governor and composed of a diverse group of citizens, not-for-profit organizations, and state and federal agencies.

Provide permanent protection for a 17-mile segment of the river in Vermilion County, including conservation easements on both sides of the river. Most of the area along the river is forested, and there are also several prairie sites.
The Middle Fork River Valley supports a great diversity of plants and animals including 57 types of fish, 45 different mammals, and 190 kinds of birds. Of this diverse wildlife, there are 24 species officially identified as State threatened or endangered species. The Middle Fork River valley also includes unusual geologic formations, various historic sites, and over 8,400 acres of public parks.
Great Lakes-St. Lawrence River Basin Water Resources Compact

State Revolving Fund (SRF)
Since its inception, the state’s Clean Water and Drinking Water SRF has disbursed more than $3 billion in low interest loans to municipalities to help improve their water infrastructure. This financial assistance has been critical to helping communities construct and improve wastewater and drinking water treatment systems.
But financing from the SRF has not been available for communities to deal with the growing challenge of stormwater management, to implement innovative green infrastructure solutions, or increase their ability to deal with the increasing future risks of floods and droughts. Legislation passed in 2014 needs to be implemented by the Illinois EPA to allow SRF support to be available for these purposes.
Green Infrastructure for Clean Water Act
Helps local governments and other organizations fund the implementation of green infrastructure best management practices. In 2013, the General Assembly passed two bills designed to give municipalities and counties more tools and authority to increase the use of green infrastructure in stormwater management. So far, the IGIG has awarded over $14 million for 35 projects, 15 of which are complete. The completed projects have: reduced nitrogen load by 960 lbs/yr; reduced phosphorus by 276 lbs/yr; reduced suspended solids by 62,113 lbs/yr; and reduced sediment load by 223 tons/yr.
Note: IGIG is in a state of change and at this time, no new applications are being accepted.
Urban Flooding Awareness Act

The Act establishes a working group with representatives from state, federal, local agencies, and other interested parties to review and evaluate the latest research, policies, and procedures regarding urban flooding. Urban flooding can happen anywhere, not just in floodplains. This Act helps Illinois communities better understand urban flooding and identify innovative stormwater solutions to protect homes and the environment. 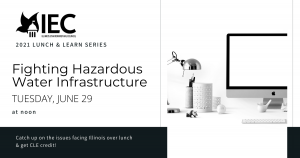 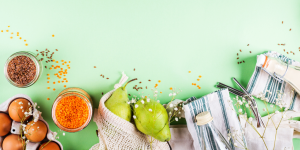 By Jen Walling | IEC Executive Director When so many of us are spending more time than usual at home due to the novel corona... 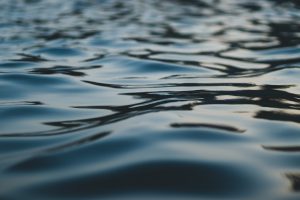 It is past time for dedicated capital funding for water infrastructure to ensure every Illinoisan has access to clean, affordable water.

More and more emergency situations are arising from substandard water infrastructure, with the tragedy in Flint drawing national attention to this critical issue.