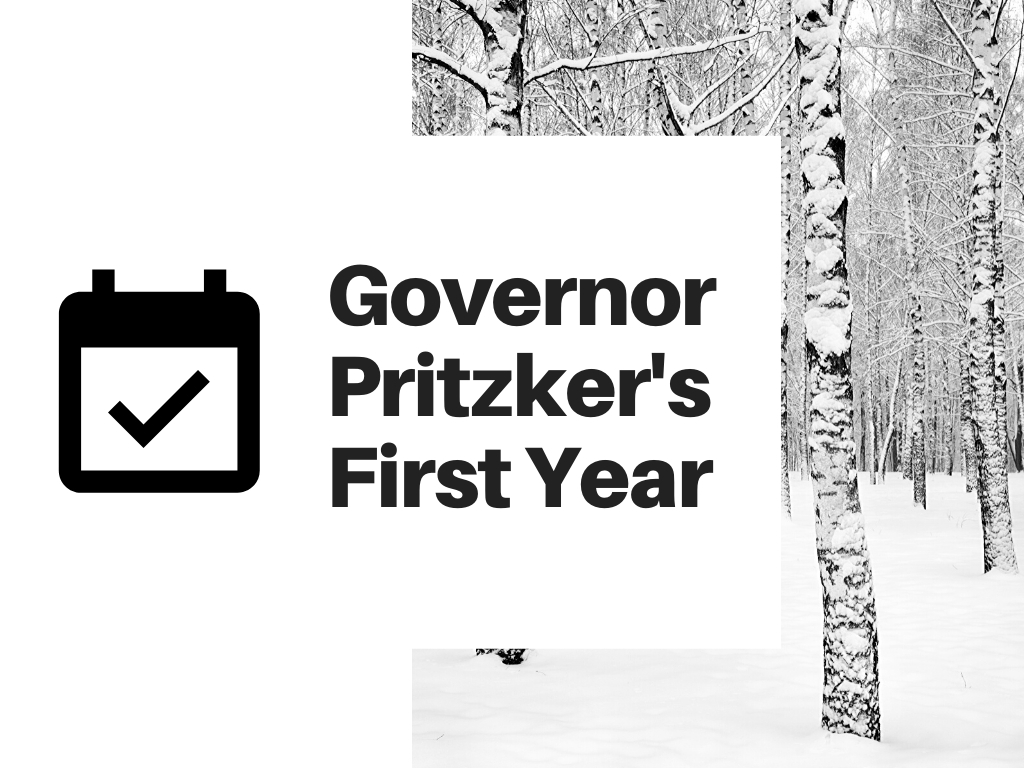 Highlighting the governor’s environmental successes and some notable missed opportunities during his first year.

Governor Pritzker just completed his first year in office and the Illinois Environmental Council is taking the occasion to reflect on the year and provide insight into the progress state government is making on environmental priorities in Illinois. In short, despite a few high-profile commitments, the jury is still out on the environmental leadership of the Pritzker administration.

New decision makers in the executive branch and legislature took significant actions on environmental issues over the past year. In fact, our community had a hugely successful legislative session in 2019 and we’re proud of the good things we accomplished with the most pro-environment General Assembly in our state’s history. After four years of playing constant defense and fighting intensely for even the most basic environmental protections, we are truly grateful for the Pritzker Administration’s more positive approach to safeguarding clean air, clean water, and open spaces. In our optimism, we released a roadmap for the governor and his administration on environmental issues upon his election. You can revisit that timeline of opportunities here.

While I am appreciative for the improvements made by Gov. Pritzker, it is my responsibility to provide an honest assessment of our progress and the opportunities missed along the way. And while it is uncomfortable for me to admit, the truth is that those of us who care about protecting our environment are eager to see more action from the governor on his environmental commitments. I hope my comments are taken in the spirit they are meant: to provide transparency to the governor as a partner who shares our values and the people of Illinois who depend on us to advance policies that protect our communities and environment.

After a strong start, climate action put on the backburner

On his tenth day in office, Gov. Pritzker committed Illinois to the US Climate Alliance. Since then, state agencies have convened around climate change and collaborated nationally with other states. The IEPA worked with advocates to pass a coal ash bill that requires polluters instead of communities to pay for safe disposal and continues to listen to advocates as the rules are drafted. The governor also signed a bill to repeal the Kyoto Protocol Act, an outdated law that prohibited carbon regulation. These were important steps away from dirty fossil fuels.

Unfortunately, 2019 fell short on energy issues despite the urgency of climate change. Illinois remains one of the only Democratically controlled states to not advance major clean energy legislation. The governor has yet to back the Clean Energy Jobs Act, a demonstration of leadership that would move the bill forward in the legislative process.  Although he has announced that energy issues will be taken up in 2020, he has failed to name clean energy among his top priorities in recent interviews reflecting on his plans for this year. It is time for Gov. Pritzker to take action on climate change and leave dirty, corrupt energy companies in the past.

The governor missed an opportunity to stand up to President Trump by choosing not to adopt clean car standards before the repeal of the federal waiver. California, along with 13 other states have already adopted a LEV/ZEV standard, and Minnesota and New Mexico initiated the process in the wake of Trump’s actions. Illinois would have been one of the largest car markets to adopt these standards, meaning that more electric cars would be produced and sold. Gov. Pritzker’s IEPA has also failed to revise the Rauner Administration’s plan for the VW emissions scandal settlement. Without changes, our state will dedicate $18.6M – over 17% of the total – towards fossil fuel technology, the third highest of all states receiving the money.

In addition to reducing the amount of fossil fuels burned in Illinois, we must commit to keeping dirty fuel sources in the ground. Unfortunately, the Pritzker administration issued a permit on the dirty and dangerous Bull Dog Mine permit and is currently considering approving a permit to pump wastewater from Pond Creek Mine into the Big Muddy River. Instead of tying us to industry in decline that has a long history of polluting and then abandoning communities, Governor Pritzker should focus on building for the future.

A weakened agency can not protect water, air, and land

A recent report published by the Abrams Environmental Law Clinic at the University of Chicago found  that the Illinois Environmental Protection Agency’s staff and budget has been cut in half during the past 15 years. Over the last 10 years, the IEPA has seen the largest staff cuts in the nation of any state environmental agency. Nearly a third of the staff of IEPA disappeared during the Rauner administration, the staffing levels at IEPA are still stagnant despite significant efforts to hire. Fewer staff at the IEPA means fewer inspections, enforcement actions against polluters, and less revenue for the agency, which relies on fines and fees for its funding. For Illinois residents, a weak IEPA means more pollution and worsening public health.

The staffing levels at IEPA are an environment and public health emergency that requires immediate action from the Pritzker administration.

One of the top threats to public health is lead in drinking water. Illinois has over half a million lead water service lines and new incidences of lead exposure from these lines surface every day. This fall, University Park residents went without drinkable water for weeks and the city of Chicago has consistently found hazardous levels of lead when adding water meters to lead service lines. Yet, in the face of this crisis, the IEPA did not include lead service line replacement as a priority in its capital plan requests. To address this issue, legislation to inventory, plan, replace and fund lead service line replacements must be passed in 2020.

The Next Three Years

In 2019, Gov. Pritzker began putting Illinois on the right path by passing a balanced budget and achieving major victories on progressive issues that our organization supports. To truly cement his legacy as a progressive champion, Gov. Pritzker must lead on climate and environmental issues, including planning for 100% clean energy, revitalizing our depleted state agencies, and giving disadvantaged communities the resources they need to thrive.

I was optimistic when Gov. Pritzker was elected, and I remain optimistic today. We have at least three years left to make transformative changes that will make our drinking water safer, our air cleaner, and communities stronger. Stay tuned for our 2020 legislative agenda in the coming weeks and join our email list to be notified of opportunities to take action on important bills being considered by your representatives.